Why the Traditional Association Model is Stronger Than Ever

A lot of talk has been pouring over the internet recently regarding whether the traditional association model works in today's crazy, fast, and ever changing environment.  The answer is...it is more powerful than ever.   Let me share why.

I like to compare the traditional association model to that of the traditional car model.  Cars of today have the same four components they did in the 1960's, with an engine, body, frame, and four wheels.  The car has always been the best and most efficient mode of transportation for the average person.  Yet the cars of today outperform cars of the 1960's, because of technology advancements and re-engineering.

Associations are exactly the same.  The traditional model of today encompasses the same core elements as the 1960's, in that associations provide groups of people with a common passion, a purpose, and a chance to:

There is no other model that allows a group of people with common passion and purpose, to pull off such great accomplishments as the association model does.  For all of you who believe social media can assimilate people with a common purpose, you're fooling yourself, because someone has got to execute and do the work.  Social media allows people to talk, write, and shout out a lot, but at some point, someone has to leave their computer and do the work.  This is where the associations rules the day.

The reason people view the association model as dead, is because many CEO's and execs have viewed technology advancements as a threat to their control and association model, instead of the path to re-engineering that which can propel their association to expand their reach to rule their universe.
I know this, because our organization still runs a traditional model, with a baby boomer board of directors, baby boomer members, and committee structures.  However, over the last six years, our association has aggressively made technology advancements, and re-engineered our habits, and the member satisfaction, member loyalty, engagement of the younger generation, and financial strength of our organization has never been higher. 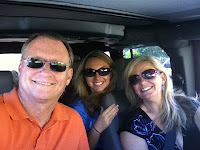 If any association implements technology advancements, and the right re-engineering around the five core association elements mentioned above, I believe they can rule their universe and engage the loyalty of their members.

As the commercial says..."Life comes at your fast.  Stop talking and start doing."
Posted by Tom Morrison at 7:15 AM